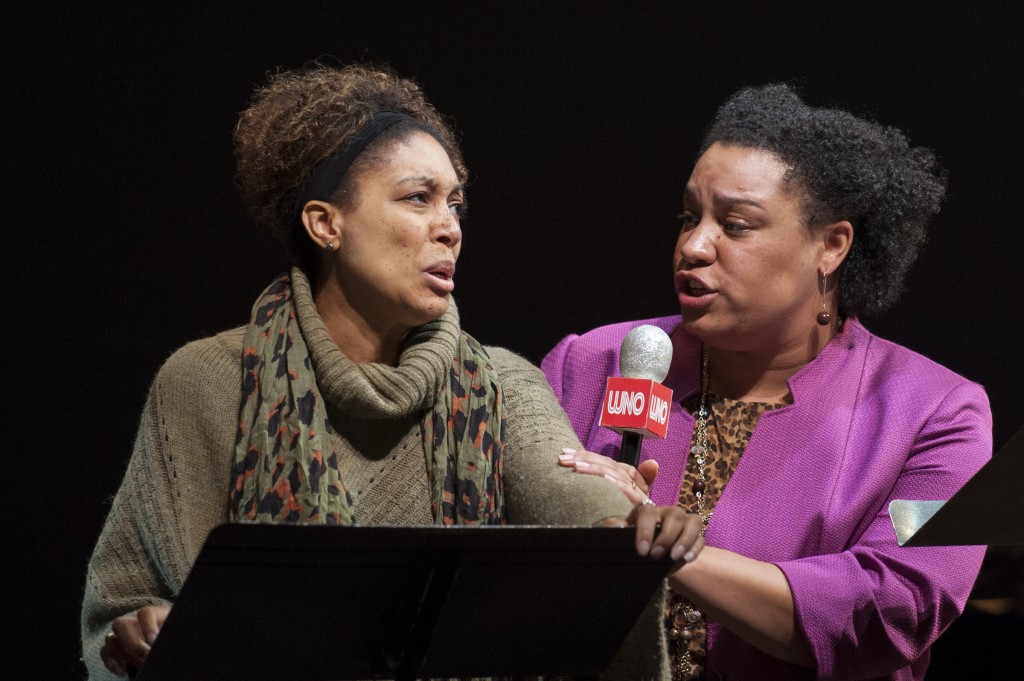 “Breaking” tells a story by Caroline V. McGraw about a typical contemporary American incident — a human tragedy that lures a TV reporter to the spot to ask a victim “How does it feel?” Michael Gilbertson’s vivid, tightly woven music gives nods to Weill and Copland and contains some delectably subtle orchestration.

On Wednesday, “Breaking” was the most successful in capturing a meaningful and dramatic vignette…Gilbertson’s music referenced a range of styles, from the newscast-y intro to lyrical horn work to the genuinely moving transition from chaos to keening sorrow at the moment the deaths are announced.

Breaking explores the dark side of the 24-hour news cycle, and the dangerous line between journalism and entertainment. A young reporter, Johanna, finally gets her moment in the spotlight during a live hostage situation, but quickly discovers how harmful a constant stream of information can be.

Theme by Anders Noren — Up ↑